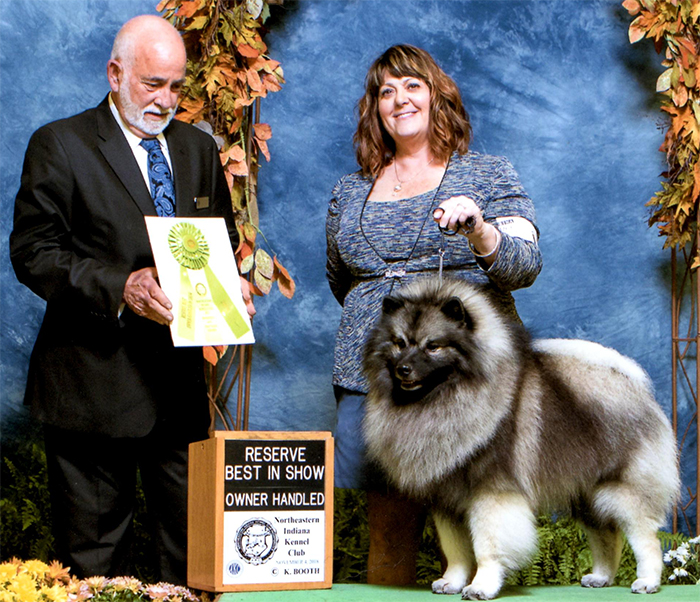 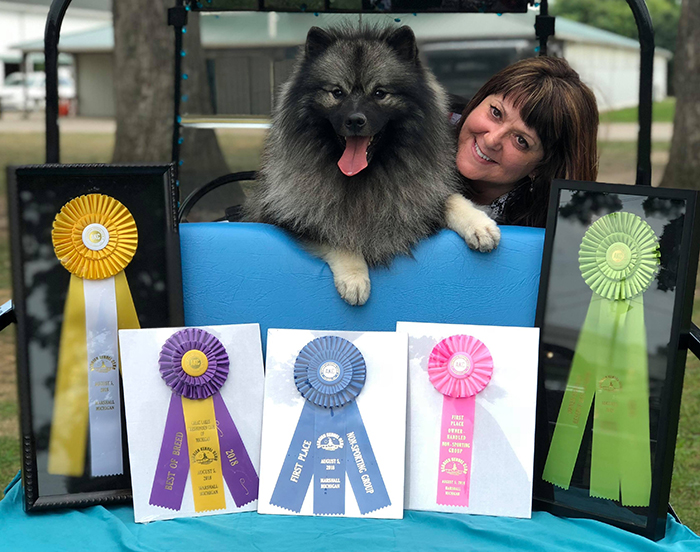 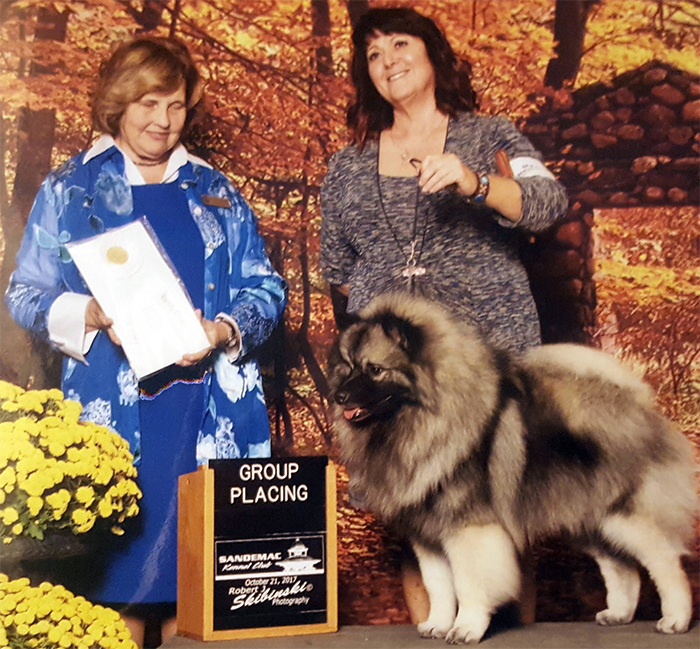 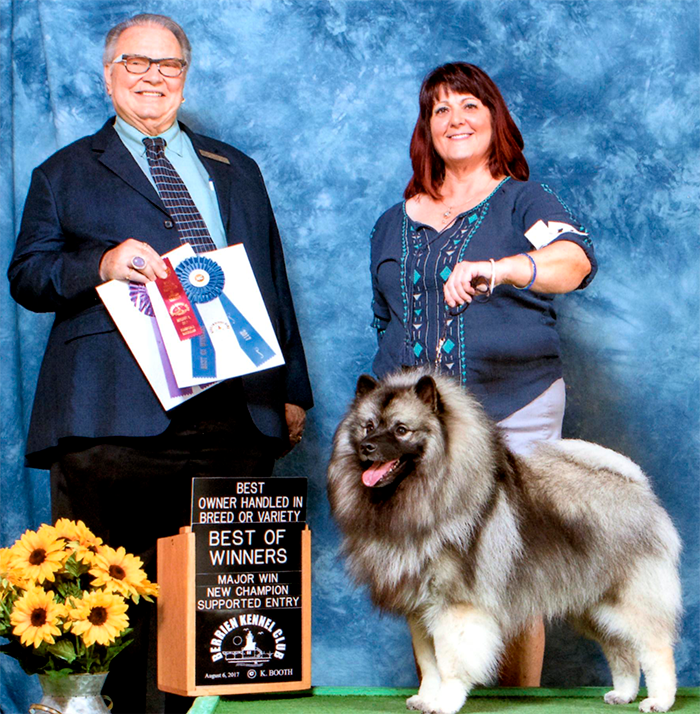 Trace finishing his championship at 10 months old with four majors, this one a five point major at a Supported Specailty, after winning a Best In Sweeps the same weekend. Trace finished off the weekend with an Owner Handler Reserve Best In Show! 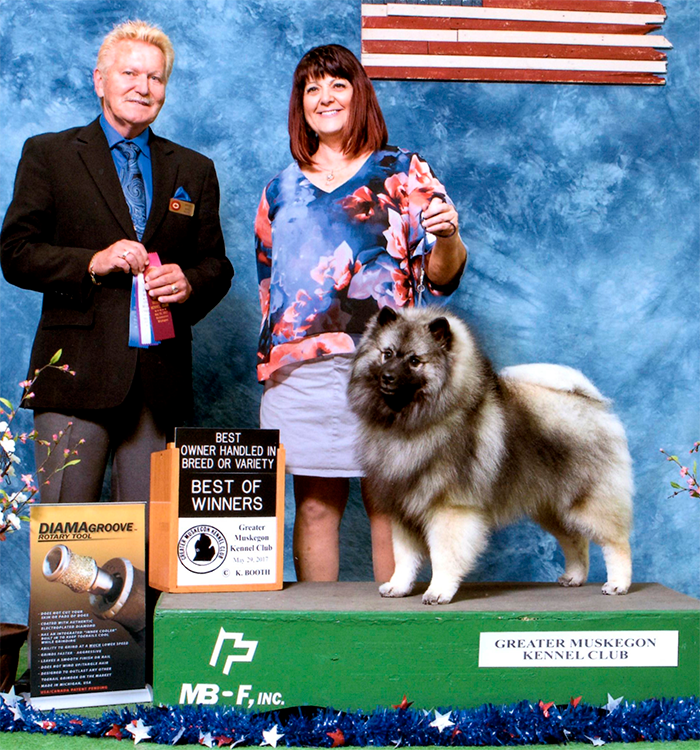 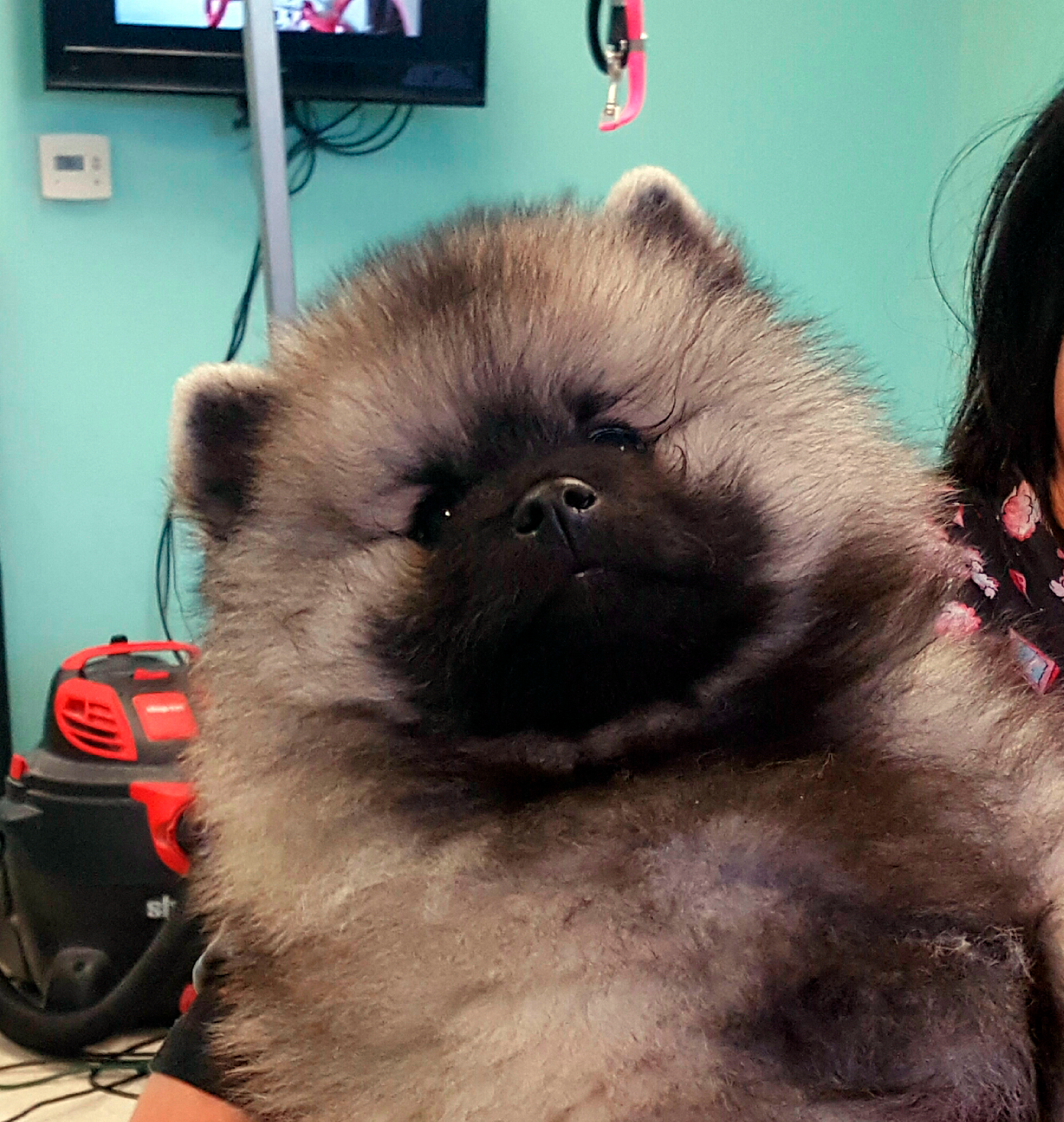 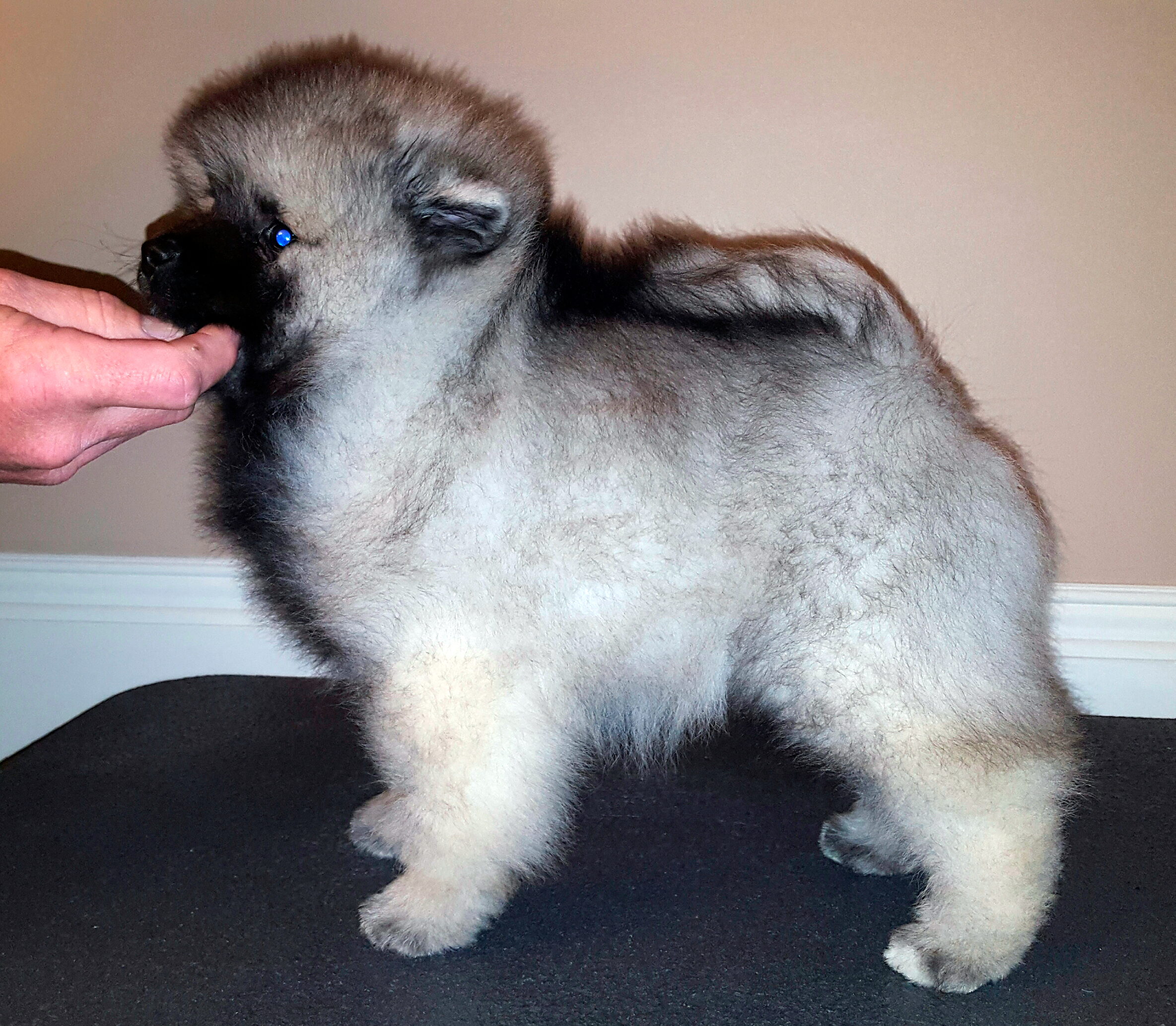